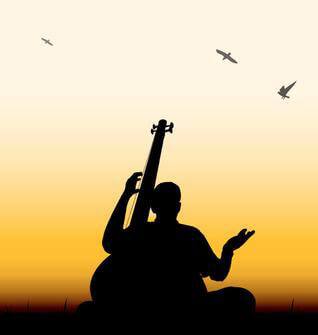 The tradition was born out of a cultural synthesis of several musical traditions: the Vedic chant tradition, dating back to more than three thousand years ago, various external influences from the 12th century AD from when it started to evolve, as well as various native folk traditions prevalent in the Subcontinent region.


Music was first formalized in India in connection with preserving the sruti texts, primarily the four vedas, which are seen as apaurasheya (meaning "not created by man"). Not only was the text important, but also the manner in which they had been enunciated by the immortals. Prosody and chanting were thus of great importance, and were enshrined in the two vedangas (bodies of knowledge) called shiksha (pronunciation, chants) and chhandas (prosody); these remained a key part of the brahmanic educational system till modern times.Music also finds mention in a number of texts from the Gupta period; Kalidasa mentions several kinds of veena (Parivadini, Vipanchi), as well as percussion instruments (mridang), the flute (vamshi) and conch (shankha).