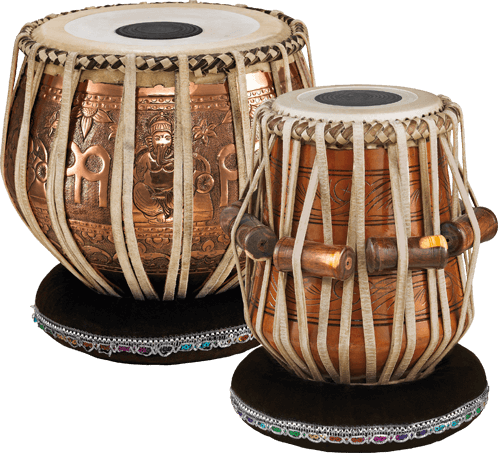 The tabla is an Indian drum used for North Indian Music.The tabla invention is found in India.


It is also used for classical, popular and devotional music of Pakistan. The instrument is two hand drums of different size and shape, similar to bongos. They make different sounds. The drums are treble and bass drum.Tabla is played hitting the fingers on the drum head and sliding the palm to create a modulating sound. A lot of sounds can be created from the tabla by changing how you use your hands.The tabla originated from the a more ancient cylindrical drum called the Pakhawaj.Zakir Hussain is a notable tabla player. There are different Gharanas or houses of tabla. Zakir Hussain's style is of the Punjab Gharana.